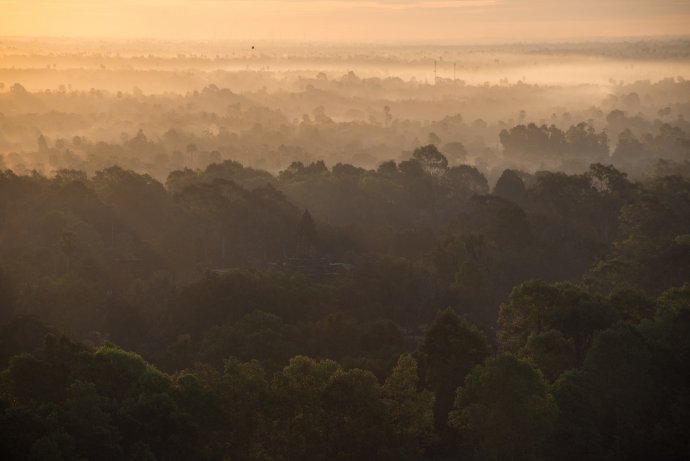 Cambodia, the Kingdom of Wonder – its rich culture, unique history, and underexplored frontiers make it a sought-out destination in Southeast Asia.

But the country’s identity on an issue like climate change is less obvious. It’s a developing economy, relatively remote, and has a small carbon footprint. Where does Cambodia fit with the 195 other countries bound by the recently signed UN climate agreement?

While it isn’t driving policy discussions in places like Paris or Bonn, Cambodia is creating solutions on a different scale. Cambodia is home to a number of active projects that are connected to the voluntary carbon market. These projects are cutting emissions, delivering benefits throughout the country, and creating opportunities for corporations to lower their carbon footprints.

A recent high-profile example is the Walt Disney Company purchase of carbon credits from a forest conservation project in Cambodia’s Mondulkiri province. By protecting forests from illegal logging and the encroachment of other land-use, forests remain standing and secure vast stores of carbon. While Disney’s operations and the source of its carbon footprint are a world away, the company can have a direct impact protecting forest ecosystems in Cambodia.

By offsetting its carbon footprint, the company is demonstrating its corporate stewardship and preparing itself for a decarbonizing economy.

Other projects in Cambodia focus on providing cleaner technology to reduce emissions. Hydrologic Social Enterprise, a member of Nexus based in Kampong Chhnang province, develops affordable water purifier technology. This is critical in a country where nearly two million rural households lack access to safe, potable water. The filters keep carbon out of the atmosphere because water no longer needs to be boiled using wood or fossil fuels. On top of these climate and water benefits, users are exposed to less smoke and save money on fuel purchases.

For some companies, a foray into Cambodian offset projects may offer a chance to invest in a region that is key to their supply chain. Cambodia’s garment industry accounts for 80% of the country’s exports including major names like Wal-Mart, H&M, and Gap. Nexus has worked with a number of major corporations such as Coca-Cola, DHL, and Veolia who have been keen to invest in the benefits that are realized through these carbon projects. As Cambodia continues to develop, there will be more opportunities for corporations to connect with projects within the country.